Reagent deep dive part 2: The lifecycle of a component

Welcome to the second leg of the Reagent deep dive tour!

In part 1 we saw how to create components and react to change. Now we move on to some more challenging aspects of UI building. Today we examine how to represent component local state and how to access the rendered DOM nodes. We will need these capabilities in order to create some more interesting components and make use of third party JavaScript libraries so that we can render a 3D scene. 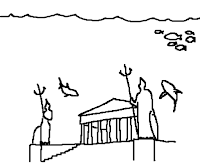 One of the basic things about a string is that it can vibrate in many different shapes or forms, which gives music its beauty. -- Edward Witten


We have a mechanism for change, which we examined in part 1, and it works great for everything we can define in Reagent that has access to an external reagent/atom. But not everything falls into this neat view of the world. There are two exceptions:
The Reagent answer comes in two additional forms of specifying what a component is. So far we have been using the first form, a function that returns hiccup. In total there are 3 important forms for specifying components: 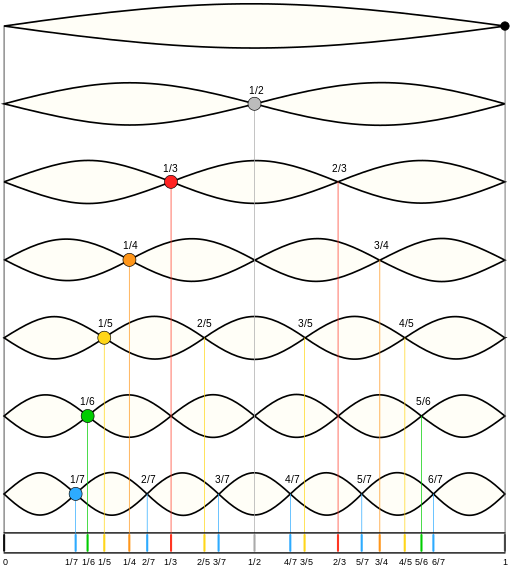 We saw plenty of examples of form 1 in part 1 of the deep dive tour. All the examples were functions that returned hiccup. So let's examine form 2 more closely now.

Form 2 is useful for performing initial setup for a component. A common usage of this form is to establish some local state. Consider this example which creates a reagent/atom counter per instance:


These mice traps each have their own count of mice per trap. Compare this example to the previous counter in part 1 example H, which relied on a single global count. Global state, and state passed as arguments tend to be useful for application features. Local state tends to be useful for self contained components.

Notice that this example is really just a closure (variable capture) occurring inside a function.

Seeing that this is a common pattern, Reagent also provides with-let which will take care of the inner function for you:

This is a slightly more compact way of expressing the same concept. The rotation atom is created only once, while the component will be re-rendered when the rotation value is modified.


This code should look familiar in that the reagent-render function is exactly like any other component function we have seen before. It has been wrapped explicitly in a create-class call. The only difference is that we can also specify other lifecycle functions, which we will make use of soon.

A React Class lifecycle consists of:


Mounting (Occurs once when the component is created)

Updating (Occurs many times as the component reacts to change)

You can read more about the component lifecycle in the React docs.

Before we go much further into what create-class allows us to do, let's take a brief interlude to examine a case where it looks like we need to use a class, but in fact we can avoid using one.


The finally clause of with-let will run when mouse-pos is no longer tracked anywhere, in this case when tracked-pos is unmounted. The same thing could be achieved with a Class that specified a component-will-unmount.

Reagent has well thought out facilities that allow us to write our components as simple functions that respond to change. Knowing the model of how those function relate to the underlying React lifecycle is useful for reasoning about component behaviors and being able to choose concise functions as much as possible. The bottom of the abstraction is creating the Class directly. Why do we still need the ability to create a Class? Well... one case is that when we need to access the DOM node of the component we constructed. This comes up when making use of non-React JavaScript UI libraries. For instance if you want to use Google Charts; you need to call a render function on a target element after it is created. This is where the the component-did-mount lifecycle method becomes valuable.

Tip: You can alternatively provide a ref function as an attribute to a hiccup form to access DOM nodes. React will call the ref callback with the DOM element when the component mounts, and call it with null when it unmounts. ref callbacks are invoked before componentDidMount or componentDidUpdate lifecycle hooks. For now we'll focus on using the class lifecycle.

Let's see how to make use of form 3 by creating a ThreeJS canvas.


This is a more involved example to show the use of a non-React JavaScript UI library. We are using the ThreeJS library to render a scene. The important thing to look for in this example code is the use of lifecycle methods; reagent-render is a component function that returns hiccup HTML, component-did-mount is called when the element is mounted into the page, and component-will-unmount is called just before the element leaves the page.

There are 2 interop tasks we do in our ThreeJS component:
Ok great, but where's our scene? We need to construct some lights and objects to see anything interesting. Let's make a 3D version of the concentric circles we made in SVG earlier.


Exercise: Add some more meshes to the scene. Complete the Lambda symbol (λ) by adding a diagonal down mesh.

What I find really neat is that this 3D scene composes well with our existing components, here it is inside the mouse trap:
With attention to the component lifecycle we were able to make use a library that was not designed with React or Reagent in mind. We didn't need a complicated wrapper; creating a class was the easy bit. Most of our effort was specifying the scene itself.

Seeing as we created a 3D scene, let's make use of it to draw something else. A Sierpinski 3D gasket is a recursively defined object with volume that approaches zero each step, while the surface area remains constant. That's pretty weird huh?

Exercise: Can you make a tetrahedral gasket by modifying the points and faces list? (Hint: you just need to delete one of the base points to make a triangular prism.) How about a cubic gasket?

ClojureScript really shines in it's facilities for avoiding repetitive boilerplate.

Twice and thrice over, as they say, good is it to repeat and review what is good. -- Plato 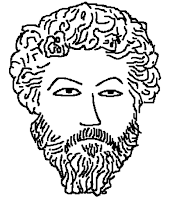 Most Reagent components can be expressed as a function, especially if they rely on state being passed to them as an argument. Some components will create local state, access the DOM node, or need to do some setup/teardown. All components have a lifecycle. They get created, mounted into the DOM, rendered, and unmounted from the DOM. A component potentially calls render many times as it's inputs change. It remains in the DOM until unmounted.

In order to show the lifecycle in action, let's log what's happening in a form 2 component (a function that returns a function).

Example T: Observing the lifecycle of a puppy

The pain of parting is nothing to the joy of meeting again. -- Charles Dickens


We have reached the second stop of our deep dive tour.

Editing code in the browser itself is a great way to try out Reagent. If you want to build some larger ideas you might find KLIPSE useful. If you enjoy interactive tutorials, make sure you check out the excellent articles in the KLIPSE blog.

In part 3 of our tour we will examine the nuances of dealing with sequences of subcomponents. I hope you can join me again for that soon!