For a programmer, functions are the fundamental form of expression. Programmers write functions that transform inputs into outputs.

The inputs and outputs are complex data that represent something in the real world. I think about the inputs and outputs as abstract data shapes. I might start with a nested map that needs to be transformed into a sequence of sub-selections. Data comes in one shape and goes out another. Squares in, circles out. 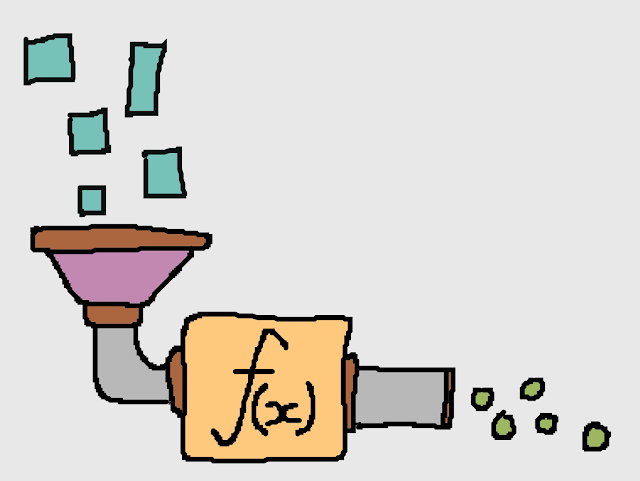 For a mathematician, equations are the fundamental form of expression. Equations define valid rules for transforming one expression into another. Mathematicians solve problems through symbolic manipulation.

Meander is a term rewriting system packaged as a Clojure library for data transformation.

I prefer to call it a structural pattern syntax for data transformation.

The m/rewrite macro is the swiss army knife of Meander.

Let’s do our first transformation from a vector to a map:

!a is a memory variable: an array that can collect many values
…​ indicates 0 or more repeated occurrences

Limits the scope of repeats.

Most Clojure functions will coerce their inputs to seqs. Meander does not do this.

I like that it will only match the same types unless I choose to be more permissive with m/seqable.

As you might expect, match and substitute patterns may be nested.

And Meander does the rearranging for you.

Congratulations! Enjoy these macarons as your reward. 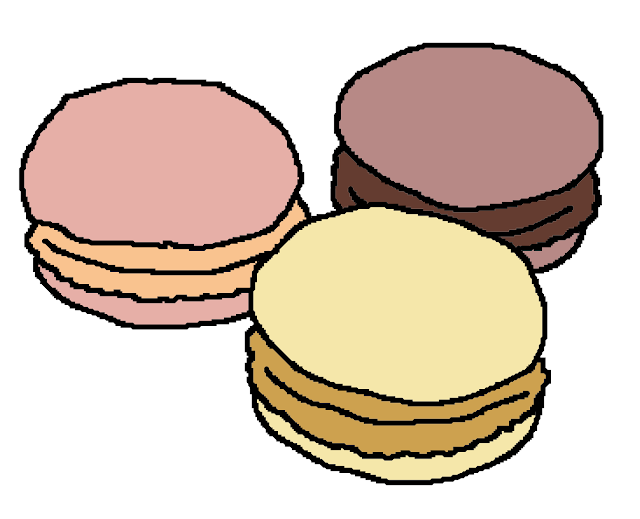 Meander has a rich feature set. I have only shown you the core syntax. We are now going to shift gears and look at some examples in the wild. I’ll introduce a few bits of unexplained but fairly obvious syntax as we go.

This example is taken from Justice (an alternative syntax to Datalog queries).

Here is another example from Justice. where it was desirable to define a macro that behaves like defn. This example can be directly compared with the Clojure.spec approach.

This example shows the core functionality of HappyGAPI (a library that exposes Google APIs by generating code from schemas).

This example comes from Kalai, a transpiler from Clojure to Java and Rust.

Those were some pretty complicated transformations.
Could you follow them?
I bet it was easier than most code.
Is that normal?
I claim that term rewriting expressions are much easier to read than functional transformations.

Next let’s compare what is involved in writing functions vs patterns.

Functions are all about what to do with inputs.

Clearly the big difference between functions and rewrite rules is what to do with the inputs. To write a function is to specify the tasks in order to convert the ingredients into the desired meal. A function is a verbal description of how to transform inputs to outputs in written form. 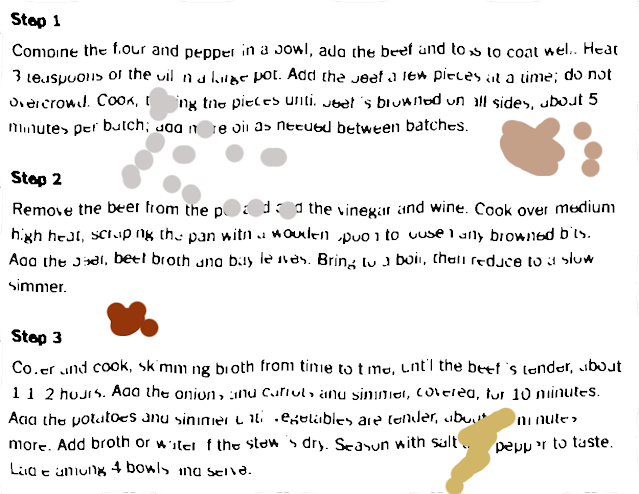 Recipe for a function

Rewrite rules are only the inputs and outputs; the what to do part is completely missing. 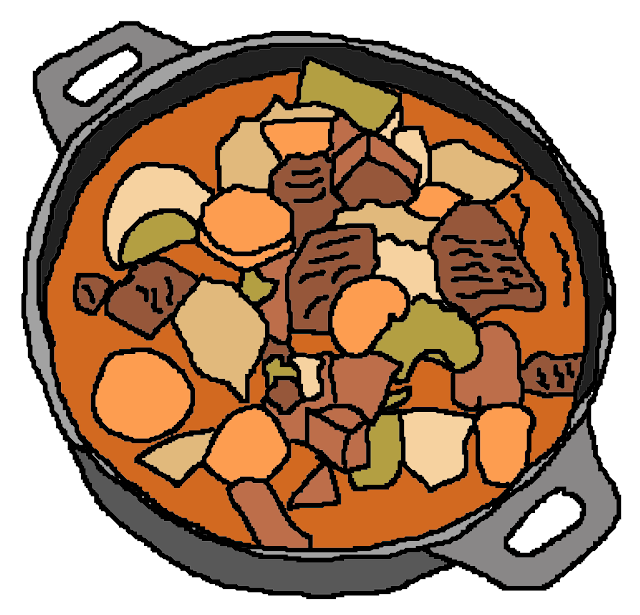 I like pictures. I especially like diagrams. So much so that I built an app for making diagrams: Hummi.app and I’ve written an article about why diagrams are important. The thing I like most about Meander is that transformation patterns depict the shape of the data that is coming in and going out.

When should we use term rewriting, when a function?

Term rewriting is suitable for largish data reshaping where you would otherwise do destructuring, updates, restructuring, and pipelines. We have seen some compelling examples, but not every problem is such a clear-cut case of re-shaping.

Why isn’t this the default way of writing code everywhere?

The syntax available in data literals is limited by the host language. Meander syntax is partially extensible through defsyntax to define custom operators. Execution extension is available by function application (see m/app and ~). IDEs and linting tools have trouble error checking pattern expressions because they are an entirely new set of expressions with a new grammar.

Multi-methods and Protocols allow for the extension of behavior by including a new function and associating it with the output of the dispatch function. Multi-method and Protocol dispatch is somewhat similar to a case statement in that we expect distinct values to be matched. Multi-methods address the possibility of multiple matches by the introduction of hierarchies and preferences: “prefer-method creates an ordering between methods when they would otherwise be ambiguous” (see Clojure - Multi-methods and Hierarchies).

Pattern matching by contrast often defines many overlapping matching patterns, and is thus sensitive to ordering. The order that patterns are defined matters because the first value match will be used. This makes extension more challenging because extensions need to be coordinated.

Failure to match is opaque

Similar to regular expressions, it can be difficult to figure out why a match isn’t made for a given input. Simplifying and decomposing can help. Function application can be used (m/app #(doto % prn) ?x) to spy on terms.

Meander has recursion, so you can reduce. But recursion has no syntactic advantage. The next branch of Meander (zeta) contains a neater way to express reduction.

Nested memory variables in a single expression can get confusing, and often don’t behave as you’d expect. There is potential for simplification issue#129. The next branch of Meander (zeta) has flexibility in how variables behave, which may solve this.

On par with hand rolled functions. Meander is a high quality library: fast and reliable.

The current options for creating sub-patterns are m/with and m/app, Which are equivalent to functional decomposition.

Other approaches to data transformation

Here is a short list of other data transformation approaches in Clojure so that we can examine where they differ from Meander:

Each of these approaches have benefits and drawbacks. The purpose of this article was to show where Meander sits relative to these methods, and hopefully inspire you to explore this approach.

Meander provides term rewriting as a convenient library for Clojure. I hope you will give it a try and find it as useful as I have.